Our colleagues to ACER requested for user’s reviews of the Quirky Kid Resources. The outcome was published at the ACER Website.

We are proud to announce the publication of Kimberley O’Brien and Jane Mosco’s book chapter on Positive Parent-Child Relationships by Springer press. 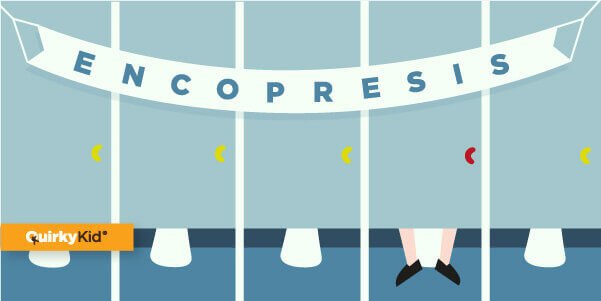 Encopresis (or faecal soiling) is one of the most frustrating difficulties of middle childhood, affecting approximately 1.5% of young school children (von Gontard, 2013). It is a debilitating condition to deal with as a parent, as it usually occurs at a stage when children are past the age of toilet training.

Encopresis is a common complaint amongst parents who visit the Quirky Kid Clinic as it often occurs in the context of other behavioural issues such as oppositional defiant disorder (ODD) or separation anxiety.

According to the Diagnostic Statistical Manual (DSM-V) (American Psychiatric Association, 2013) encopresis (or otherwise known as Elimination Disorder) is essentially the repeated passing of stools into inappropriate places, after the age at which toilet training is expected to be accomplished. In order to receive this diagnosis, 4 features should be present:

Parents of children with encopresis often feel frustrated as they often believe that their children play an active role in controlling their bowel movements.  While in some cases, soiling may be intentional, in other cases it may be involuntary and beyond the child’s control. It is important to be aware of the many possible causes of this disorder.

What are the potential risk factors for Encopresis?

In western cultures, bowel control is established in 95% of children by age 4 in 99 % of children aged 5 (von Gontard, 2013). Around primary school age (10-12 years old) 1.5% of children develop encopresis. Although every case is different, studies have shown that there are a number of risk factors, which are associated with the development of encopresis including:

What is the impact of encopresis in school-aged children?

Encopresis can have a severe effect on the child, family and school environment. Encopresis is often a family preoccupation, as parents and siblings become increasingly frustrated as family activities may be disrupted due to the constant soiling. The family is left fruitlessly battling over the child’s bowel control, and the conflicts may extend to other areas of the child’s life such as school functioning and social circles such as friends. When the child becomes increasingly aware of these difficulties, they may become angry, withdrawn, anxious and depressed and maybe a victim of bullying if other peers become aware.

What are the treatment options for encopresis in school aged children?

While encopresis is a chronic and complex problem amongst many families, it is treatable. As a parent, it is important to be aware that there is no quick fix for encopresis, the process might take months and relapse is very common. Sixty-five per cent of patients are almost completely cured in 6-months and 30% show improvement (Har & Coffle, 2010).  The majority of children with encopresis can be effectively treated with a combination of medical, psychological and dietary interventions.